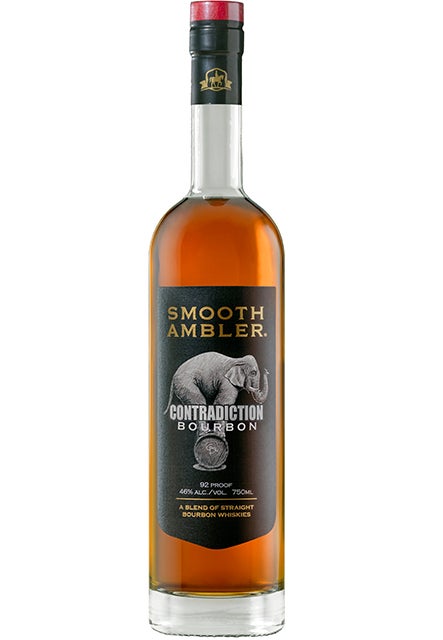 At Smooth Ambler, after we began merchant bottling the whiskey we call Old Scout, it occurred to us that at some point it may be fun and interesting to blend a little of the delicious bourbon we source with the smooth and sweet wheated bourbon we distill here in West Virginia. With that notion in mind, Contradiction was born; a blend of whiskey we make with whiskey we do not. Contradiction is non-chill filtered and is full-bodied, with notes of dried fruit and butter rum, and has the end-result of tasting like a four-grain bourbon.